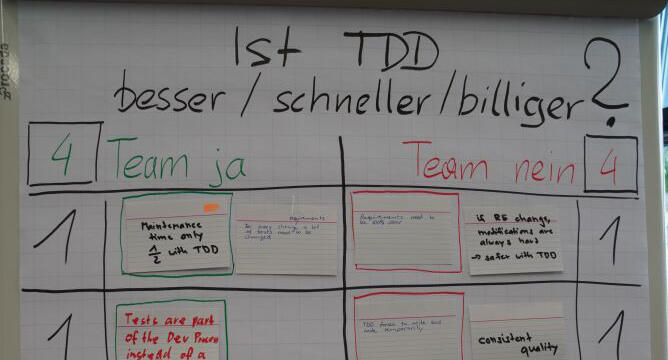 I would not say that I invented it, because it is really simple, and I would not be too surprised if other trainers / coaches did similar things.

So, there’s a topic that has two sides, e.g.

You want your attendees to research arguments for both sides, and you want them to do thorough research.

Suppose there are 9 attendees and the topic is Star Wars or Star Trek. The times for the four phases below are, in my experience, the bare minimum. 50% more time is better.

Randomly divide your attendees into two or four groups. It must be an even number because the groups will play against each other. And with more than four groups, the game takes very long.

Then I explain the rules:

“Do an internet research together. You must find arguments that defend your side, and also counter-arguments against any argument that your opposing group might find.”

“We will play 4 rounds like that, so every team can get up to four points.”

“Write every one of your arguments on a small index card. Those cards will be your card deck. You need at least 4 arguments for your side, and as many counter-arguments for the other side as you can find.”

“But don’t just write down your own opinions. You must be able to back every argument or counter argument with something you found in a book or online (a research paper, blog post or even just a tweet).”

The two or four teams now do the research and create the card deck. Help them by making sure they first make a plan and distribute the work (you don’t want everyone on the team to read the same blog post).

While the group creates their card deck, prepare the flip chart for the game. Create four rows for the four rounds and some space to write down the results. 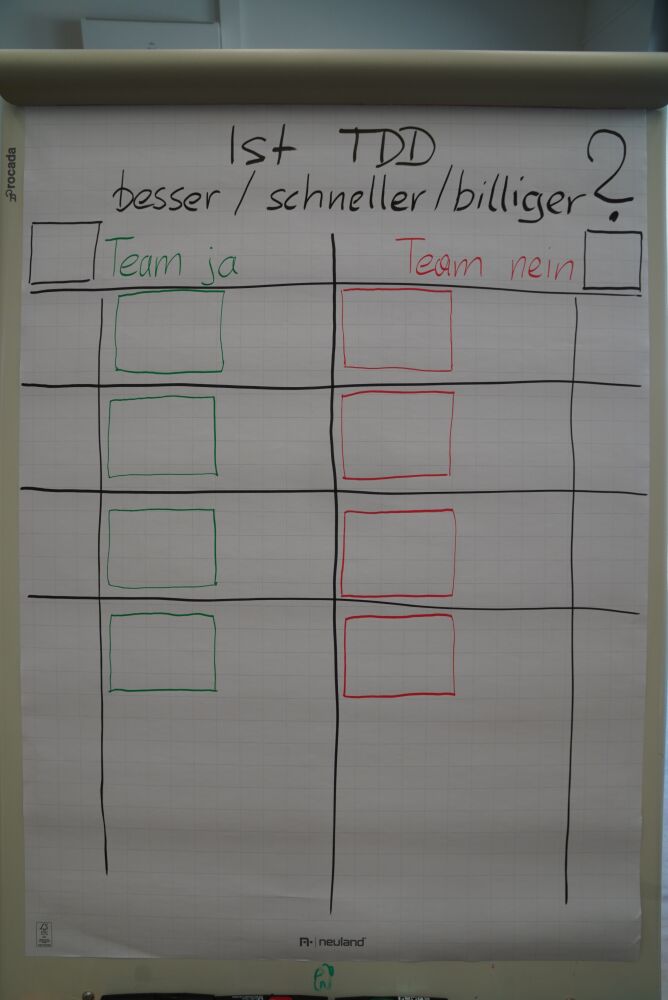 Then play the game as described above. I let the team that ‘plays’ an argument stick their card to the colored square, the team that must come up with a counterargument post the card next to it.

Those cards are gone now, the teams cannot put them back into their card decks!

When one team plays an argument and the other team has a counter-argument, someone has to decide whether this is a “good enough” counter argument or whether the playing team should get the point.

When the playing team gets the point, write a 1 next to their half in the current row, otherwise write a zero. 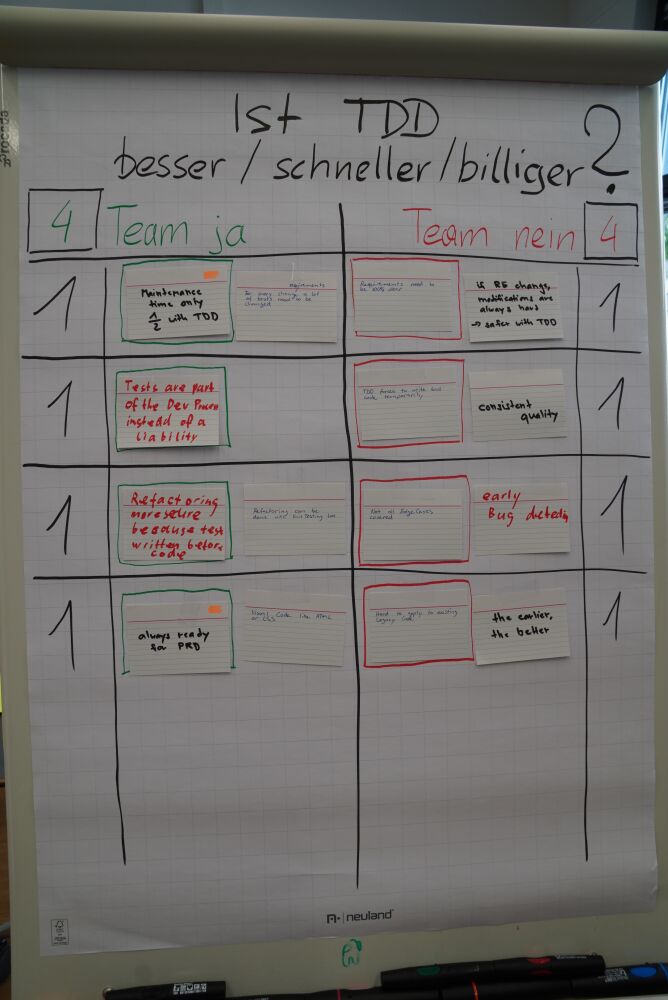 First, see if the two teams can sort it out by them selves. If they can’t (which will most probably happen), you need a referee. When there are four groups, let the other two groups (that are not currently playing) vote.

Otherwise, you must be the referee yourself. (I always struggle whether I should be very strict or generous when accepting counter-arguments. In the game where I took the pictures, I was very strict, which meant that I discarded all counter-arguments for technical reasons: They were good counter arguments, but not exactly for the argument played.)

This blog post is part of a new series about technical agile coaching. Read all posts of this series here: